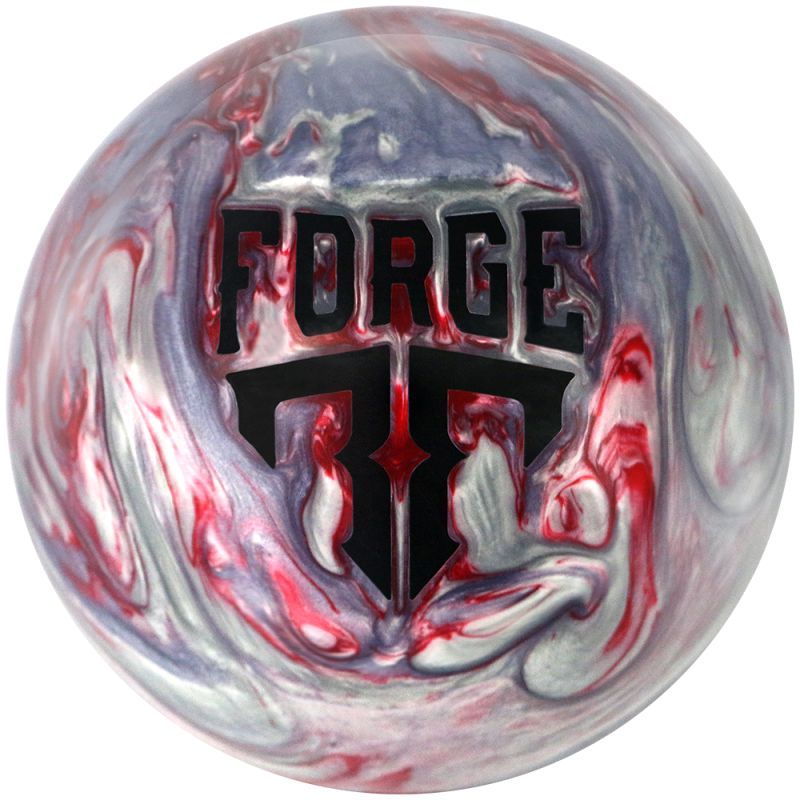 “This is the strongest pearl symmetric ever manufactured by MOTIV® Bowling and it’s not even close.” - Nick Pahr - Motiv R&D.

The Iron Forge™ is, without a doubt, the strongest pearl symmetric Motiv has made to date. The latest addition to the popular Forge™ line, the Iron Forge™ has the same Detonator™ core as previous Forges™, but with the proven Infusion‡ MVP pearl seen on the Ripcord™ Velocity. The combination creates unbelievable angle on medium-heavy oil conditions.

Inside the Iron Forge™ is the Detonator™ core. This low rg / high differential core is the same absolute beast of a core used in the ultra strong Forge™ Flare. The low rg and high differential core is stable, with a wide footprint on the lane; this combination equals more total hook, but also more mid-lane traction and control than other symmetrical core options. This uniquely strong symmetrical core is what allows us to use such a clean and angular coverstock in moderately heavy oil patterns.

Around the Iron Forge™ is the Infusion™ MVP coverstock, the fastest response and most angular cover ever made by MOTIV®. This cover has only previously been used on the Ripcord™ Velocity, which is widely accepted as the most angular ball ever made by MOTIV®. Using this cover with such a strong core allows bowlers to see that proven angle on higher volumes of oil or earlier in their progression than they are able to use the Ripcord™ Velocity.

Speed Dominant Bowlers: The incredibly strong core in the Iron Forge™ allows for speed dominant players to use a pearlized coverstock when that may have been difficult in the past. Many speed dominant players are forced to use solids and hybrids rather than pearls simply because a clean cover combined with a clean core oftens skids too far for their game. The Iron Forge™ allows these players to have an angular option in their bag when no other symmetrics would be strong enough.

Balanced Bowlers: The uniqueness of the Iron Forge™ for balanced bowlers is that the strong cover / angular core combination allows them to keep up with rev-dominant bowlers through transition. When rev-dominant bowlers see transition, one of their great advantages is being able to create angle and follow transition into the pattern earlier than the rest of the field. A high flare, fast spinning core paired with a sideways cover lets balanced bowlers stay ahead of transition without sacrificing carry or fearing that their ball will miss the breakpoint.

Rev Dominant Bowlers: For rev dominant bowlers, this is a strong pearl cover that will allow for seeing length and control on higher friction surfaces even from the beginning of a block. The Iron Forge™ is strong enough that many rev dominant bowlers will have the luxury of using a pearl coverstock on fresh oil, which is incredibly rare. PBA Bowler Zac Tackett said that he was most excited that this was a ball he could use for an entire block.