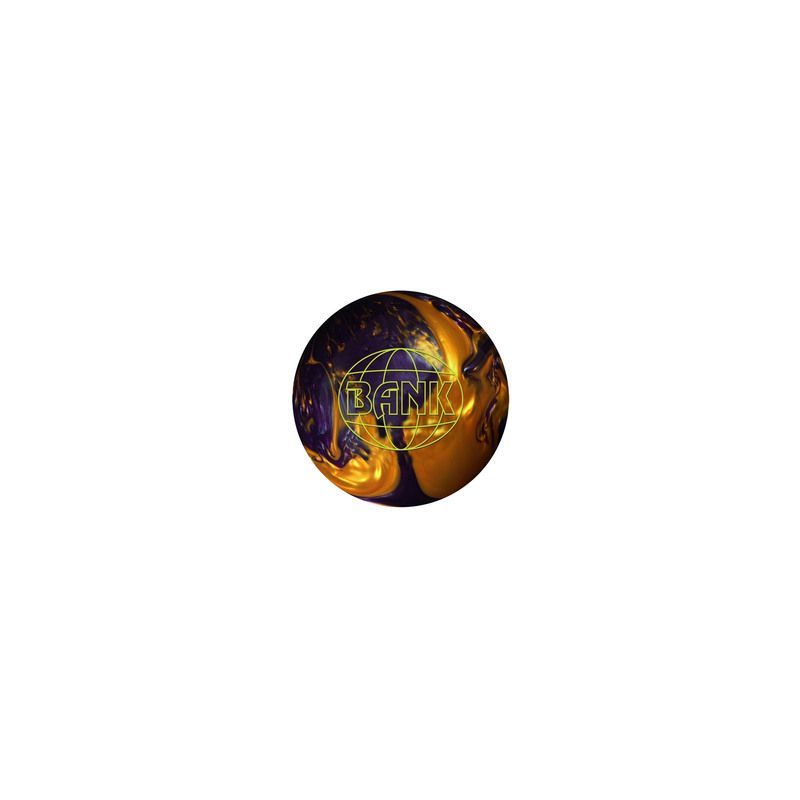 The Bank Pearl is the first ball in the 900 Global lineup to feature the S74 shell, the S74 shell combines with the SRC core to create a strong controllable skid-flip motion down the lane.

Mark Wukoman who recorded the 9th 900 in USBC history in 2006 says - Great reacting ball. The coverstock works great with the core. I used it on a 43 foot pattern and it read the midlane very consistantly not jumping off it to early. Very strong recovery on the back end with medium speed. Good job guys! I will highly recommend this ball.

The Bank Pearl features the “Self Righting Core” (SRC). The SRC is both homogeneous in nature and also mono-monostatic. The unique core shape contains only one stable point. Unlike all other cores in the industry the SRC core will always move and twist to its stable position regardless of how or where it is placed. It will right it self!

Our testing indicated that when in rotation the core shape easily moves without resistance or hesitation in seeking the stable spot helping give the Bank and Bank Pearl greater ease in transitioning through the phases of ball motion. Other cores on the market that have multiple stable, or flat spots, must expend additional energy to move off of that position and thus not efficiently and effectively optimize energy transfer to yield maximum ball reaction. The SRC, once in motion, does not need to expend additional energy to seek its sole stable position and therefore creates optimum ball reaction for the bowler.

An additional benefit of the SRC is the value of the “Moment Arm”. The moment arm measures the likelihood of a force to rotate an object about any given axis. The larger the moment arm the greater amount of loping and imbalance forces the core will have during rotation. This effect leads to increased energy retention. The SRC has the greatest moment arm available. The combination of having the greatest moment arm and only one stable point creating the least resistance gives The Bank a unique and powerful motion.

900 Global uses a numeric rating system to rate the aggressiveness of it's coverstocks.