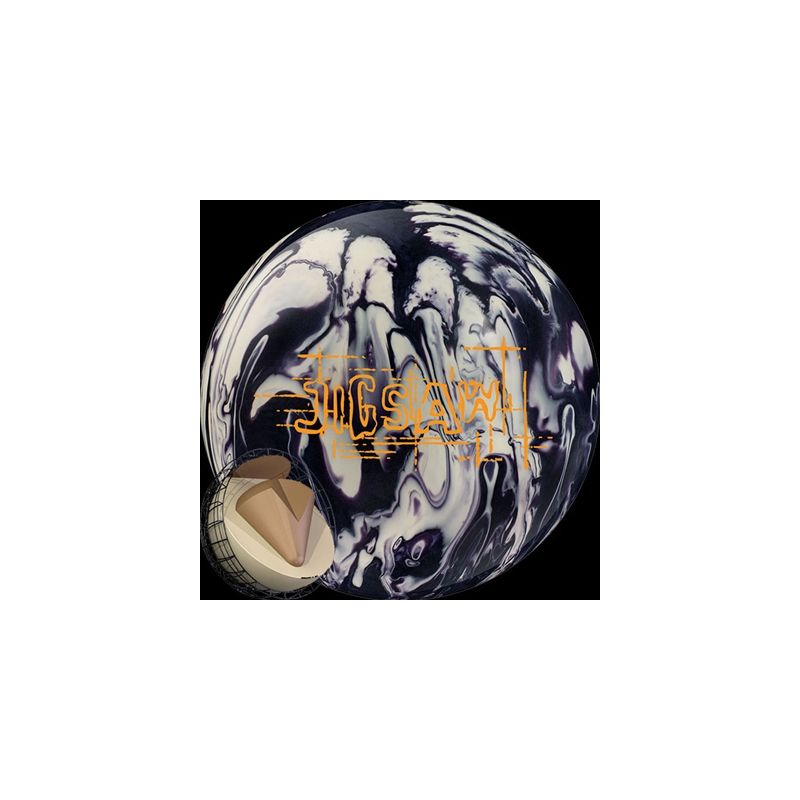 Jigsaw starts out with a brand new core for Hammer. We started building Jigsaw with a low rg, high differential core system. But we didn't stop there. Our R&D team removed a critical piece of the puzzle from the core, and created an extremely high mass-bias wedge in the core shape.

The result is the highest mass-bias ball in the history of Hammer! High mass-bias core shapes give the bowler more backend reaction and continuation without loss of energy, and the Jigsaw certainly delivers that!

We've also developed a new coverstock for our Jigsaw release. Our new Burst Reactive 5/4 Coverstock is unique in two ways. First, this coverstock is a breakthrough for us in length and backend combination. Our mad scientists have developed this coverstock to push through the front of the lane cleaner than any sanded ball in our line. But the midlane and backend is where this coverstock pairs up with the core system, and takes control. Jigsaw rolls heavy through the midlane and doesn't stop in the backend. This is truly a unique ball reaction that we simply have not seen before. The Jigsaw comes in a never-used, Black and White color with Orange logos.

There's no doubt that bowlers will know exactly what ball is being thrown when they see this high-performance product going down the lane.

Finally, our new coverstock finishing process has been applied to the Jigsaw to create a unique ball motion. Our new 500/4000 process gives the Burst Reactive 5/4 coverstock the ability to skid through the front part of the lane without early hook. But the 500 grit under-surface gives Jigsaw's Burst Reactive 5/4 coverstock the teeth to cut through the downlane oil, giving this ball the most backend reaction in the history of Hammer products! Jigsaw is a new breakthrough for Hammer in bowling ball motion.