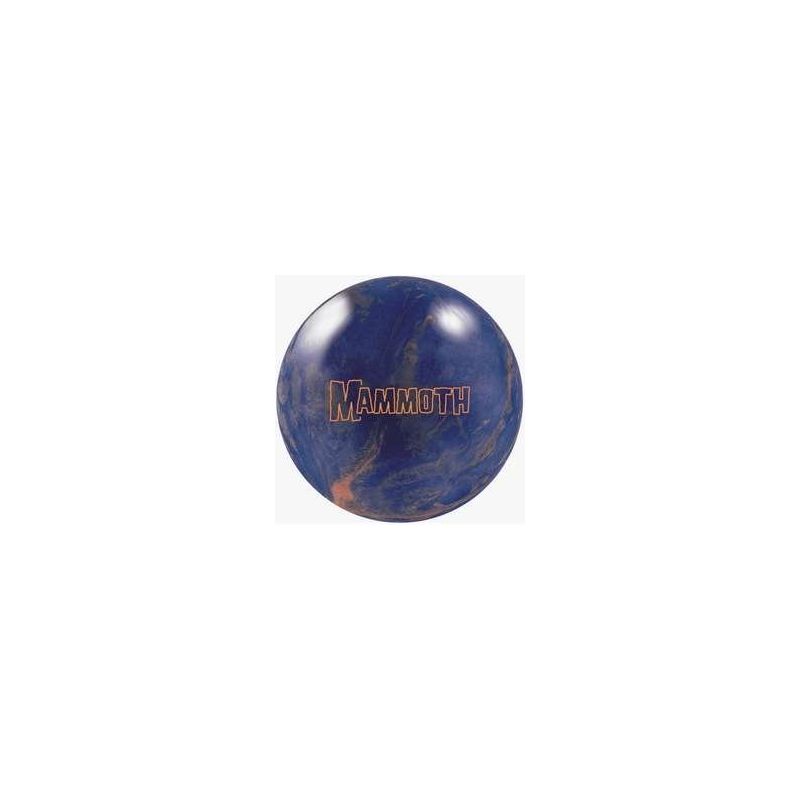 The Brunswick BVP™ series has been developed to provide the widest range of reactions available at the popular mid-price point. The BVP series provides any bowler the ball performance they’re looking for at a price they can afford.

The BVP Mammoth brings two new technologies into the BVP line, Multi-Sided Symmetric Core Technology and Activator High Load Particle Coverstock, to create performance that improves on the reaction of balls such as the BVP Goliath and Swamp Monster.

Multi-Sided symmetric core designs have been used in Brunswick High Performance balls since 2000. Featuring exotic shapes that are easy to drill, the Multi-Sided shape is locked into the outer core, leaving little chance for core separation. The Rocket Core used in the 14-16 pound Mammoth pushes the RG to a lower level than previous BVP balls. Brunswick research has shown that lower RG’s are a better match for today’s lane conditions, which often include: high efficiency lubricants, daily full-lane stripping, and longer, higher volume lane oil patterns. In this environment, lower RG’s improve mid-lane traction and reduce over/under reactions at the breakpoint.

The Mammoth utilizes a High Load Particle version of Activator Coverstock Technology. Activator coverstock technology was introduced into Brunswick High Performance Balls in 2003 and is known for its durability and ball reaction. The Mammoth’s Activator high load particle coverstock propels it to the highest hook potential rating ever for a Brunswick ball.

Out of the Box: With its out of the Box 400-grit wet sand surface, the Mammoth creates an early rolling, big hooking reaction favored by bowlers who struggle with too much length. This could include any bowler on oily lane conditions, or higher speed, and medium to lower rev rate players, on medium amounts of oil.

When shined: Dull surface finishes can sometimes hook too early resulting in reduced backend reaction and hitting power. To increase length, polish the surface with either Brunswick’s Factory Finish “High Gloss Polish” or “Rough Buff”. After polishing, your Mammoth will go longer in the oil and react stronger to the dry creating an arc, that while still even in character, is slightly more skid/snap than the “out-of–the-box” reaction.

A polished Mammoth has a slightly lower hook potential and is an excellent choice for smoothing the over/under reactions bowlers sometimes see with Reactive coverstock balls. When the dry part of the lane is too dry, either in the track or at the end of the oil pattern, a polished Mammoth can smooth over reactions, maintain good traction in the oil, while retaining the big hook potential associated with Reactive coverstocks.