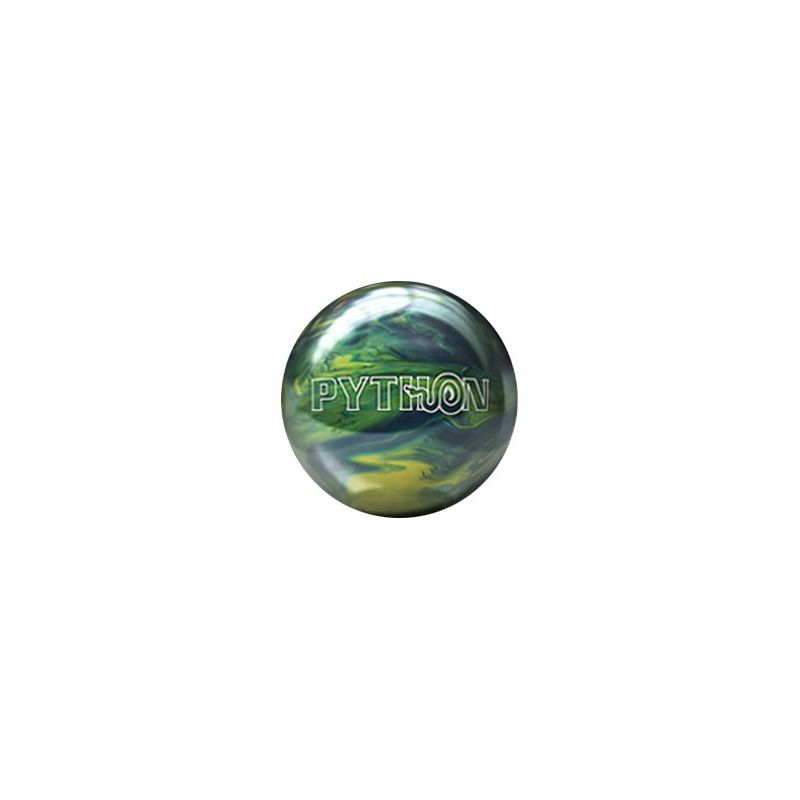 Predictable power is the best way to describe the new Python. With a more direct line of attack on the lane, a fast revving core and constricting power on the pins, the Python provides a secure ball reaction at the Advanced Performance price point. For the bowler who wants to play straighter angels with predictable power, get a Python and squeeze the life out of your opponent.

The Python core uses and updated version of the Original Inferno®. However, the weight distribution between the inner core and outer core has been adjusted to raise the overall RG, so even with its aggressive EnMotion coverstock, the Python will clear the fronts, rev in the mid-lane and devour the pins with one big bite.

The Python is finished with Brunswick's Factory Finish High Gloss Polish to maximize the skid-snap reaction out of the box. This surface preparation will allow most bowlers to match-up to freshly oiled and moderately broken down house conditions.

Out of the Box: With its high gloss polisch surface, the Python matches up well on most house conditions.

When Dulled: The Python’s hooking action will increase and its arc will become more even, creating a better match-up for medium-oily lane conditions and for smoothing over/under reactions that are sometimes encountered on wet/dry lane conditions.