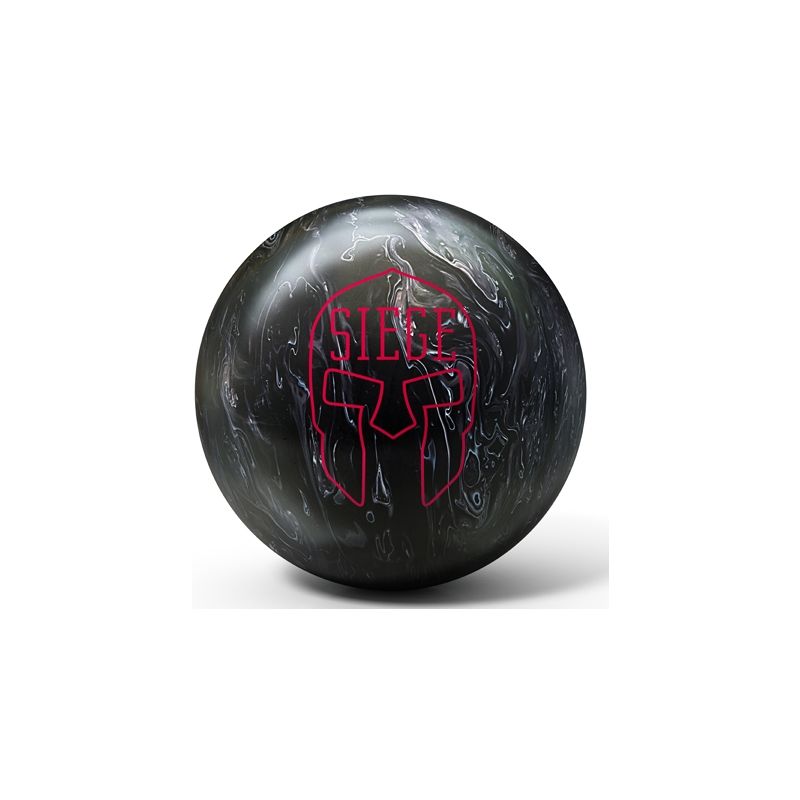 Introducing Recoil coverstock the next extension in Brunswick coverstock technology. Recoil is an evolutionary coverstock developed by Brunswick to improve the mid-lane and backend traction of the ball on today's slicker oils and lane surfaces. The Recoil coverstock was discovered through testing of new formulation additives and process changes in coverstock manufacturing.

The Siege unites the new Recoil coverstock and the MACE core to produce a ball motion that is both aggressive in the oil and aggressive on the backend. The Siege is your ball when your game needs help battling heavy oil conditions and poor pin action. Sieze the lanes, Conquer the pins, Defeat your opponent!!

Micro finishing pads have revolutionized the bowling industry by creating smooth surface finishes that many bowlers would assume are polished with a wax or similar compound. The benefit to the bowler is that these finishes create length similar to balls coated with compound finishes, but are better able to handle today's thicker oils and carrydown. The Siege is finished with 1000-grit micro pads driven by the new Haus high-speed bowling ball resurfacing machine.

Out of the Box: With its 1000-grit micro pad finish, the Siege will provide excellent mid-lane recovery and a strong continuous backend reaction that matches up on medium to oily lane conditions for a wide range of bowling styles.