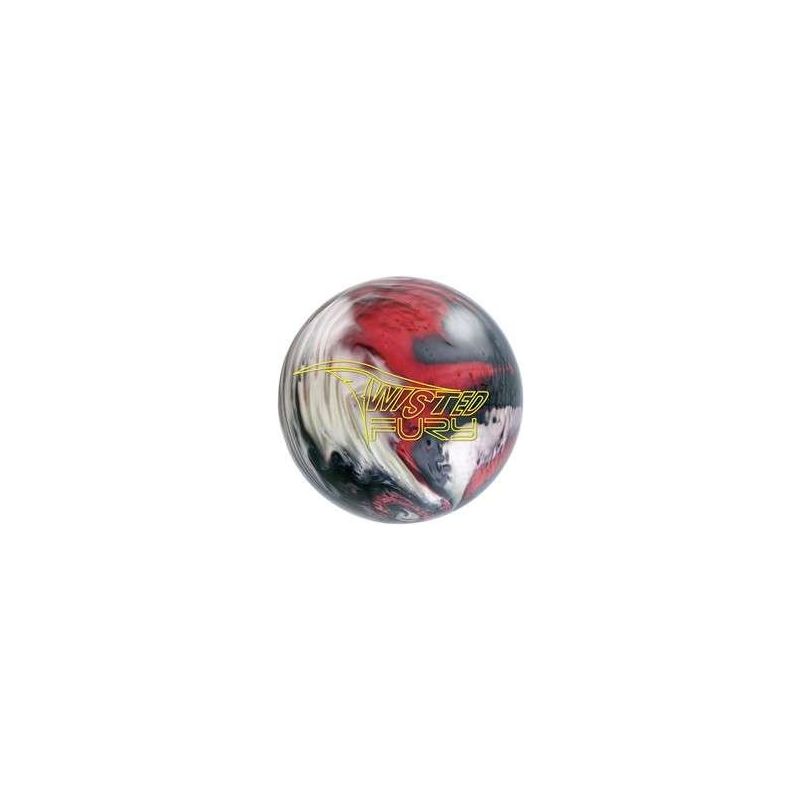 Get Twisted! The Twisted Fury expands and upgrades the Fury line by introducing both a new core and new coverstock to the market. The Twisted Fury is comprised of an asymmetric version of the Torsion™ Core and the EnMotion™ Reactive coverstock.

Brunswick has added a new twist to the Torsion core concept by producing an Asymmetric version for the Twisted Fury. The symmetric version of the Torsion core used in the original Fury was based on triangular geometry. The Asymmetric version is based on a six-sided polygon. The inner core of a 16-pound Twisted Fury weighs in at 6.36 pounds, resulting in a medium RG that helps push the aggressive EnMotion coverstock down the lane. Brunswick has put a new twist on core design so you can twist it up better on the lanes.

Out of the Box: With its Rough Buff finish, the Twisted Fury will provide excellent mid-lane recovery and a strong continuous back-end reaction.

If your Twisted Fury goes too long: Dull the surface with 800-grit or rougher abrasive to get the Twisted Fury to roll sooner and increase its hooking action.