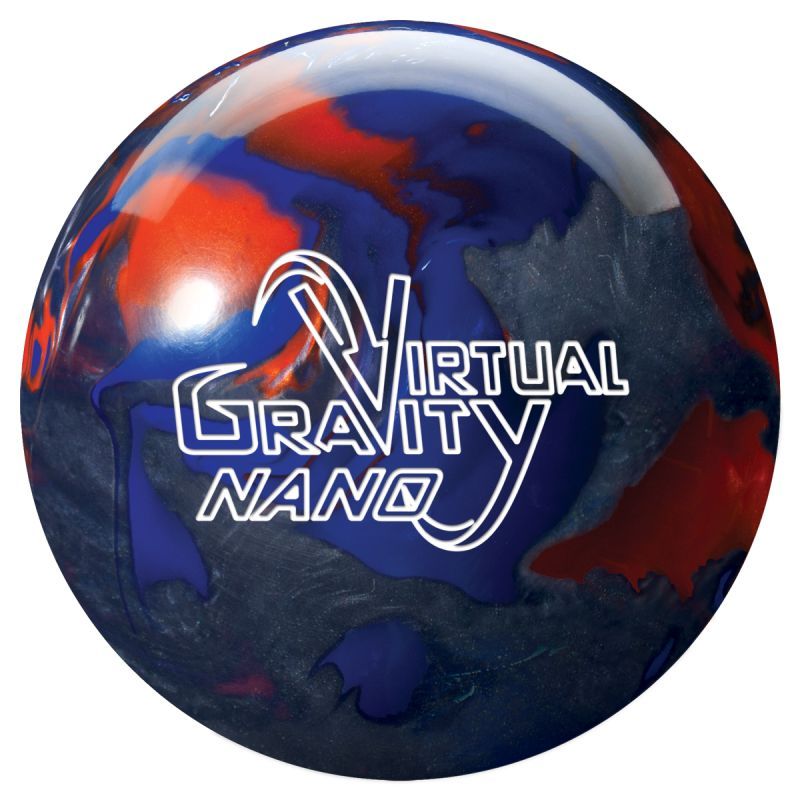 Nanotechnology is the study of manipulating matter on an atomic and molecular scale. As we have mentioned before, a breakthrough in coverstock technology rarely happens due to the complex nature of chemistry and polymer science. But Storm’s research and development team is committed to maintaining the ‘pole position’ in bowling innovation, so it’s no surprise that the new NRG™ cover has again taken the world by storm.

The magnification of the surface of the new NRG coverstock shows you the increased surface texture between the peaks and valleys, as well as the more aggressive edges on the top of the peaks! Thank you nanotechnology!

Continuing to move forward with the new technology breakthrough, our new release will glide through the heads more easily than the original Virtual Gravity Nano yet still handle heavy oil.

The Shape-Lock HD™ Core which powered the original Virtual Gravity Nano produced a fast-revving action that helped bowlers create more ball motion and total hook. While the new nanotech cover provided a lot of sizzle, unless it’s paired with a quality weight block or core you will never see the advantages of either.

In looking for different ways to expand the benefits of nanotechnology, we explored several additive options to the base NRG coverstock and found that adding mica to this shell material created a cleaner glide through the heads without sacrificing any of its ability to handle larger amounts of oil. You’ll see increased entry angle with the new Virtual Gravity Nano Pearl with simultaneous amplified oil traction usually reserved for textured solids.