Meet the staff members of CheapBowlingBalls.com. See who works for us and how long. Learn who bowls for us and what there credentials are. 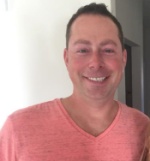 Jim has over 20 years experience in the Pro Shop industry and is the co-owner & co-founder of CheapBowlingBalls.com. Jim is in charge of customer service, he is our product specialist and head ball driller. Jim has also coached high school bowling and private lessons.

Bowling has been a huge part of my life since I was 4 year old and began youth bowling. During YABA, I won multiple tournaments and continued my bowling career in high school where I bowled on the varsity team for 4 years. I pursued my collegiate bowling career at Morehead State University, an A1 division school. I still bowl competitively and have won tournaments coast to coast, with my most notable accomplishment being The World Team Challenge Grand Nations in 2005. I have been in the proshop business since 2000.

In my off time from bowling, I enjoy spending time with my family, including my fiancé, Casey and my 17 year old daughter, Jazilyn. I also enjoy riding my motorcycle, playing volleyball, playing pool, and fine dining. Drag racing is another hobby of mine and when I'm not racing you may find me at Eldora Speedway watching dirt car racing. When the weather is nice you can find me at our local golf courses. I enjoy staying busy and hanging out with friends. 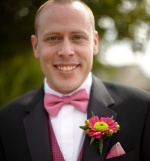 Mike has over 15 years experience in the Pro Shop industry and is the co-owner & co-founder of CheapBowlingBalls.com. Mike is in charge of all technical aspects of the website and product acquisition.

Mike began bowling at the age of 5 in leagues and continued bowling in leagues and tournaments until 18. Mike bowled for his high school bowling team and participated in bi-weekly YABA tournaments. After a brief time away from bowling to focus on college he returned to bowl in recreational leagues.

Currently Mike enjoys spending time with his family especially his 2 daughters and son ages 16, 12 and 5. Mike has been an instructor in Shaolin Wing Chun Kung Fu and practiced regularly for years. He also enjoys traveling to foreign countries, cooking, going to food festivals, and staying active. 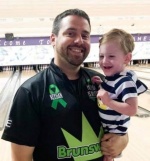 I was born in New Orleans, LA and started Bowling at a very young age since my entire family has been involved in the sport my entire life. We moved to Mississippi when I was fairly young, which is where I currently reside, and where most of my bowling takes place. I enjoy working with youth bowlers and growing interest in building the sport in my area. In addition to cheapbowlingballs.com, I'm also a Regional staff member for Brunswick bowling; representing the best 7 brands in the industry, as well as Vise Inserts. I'm truly humbled and honored to be able to represent these 3 amazing companies! I have several tournament wins and accomplishments throughout our region, and it is greatly in part to my staff affiliates.

In my time away from the lanes I enjoy traveling and spending time with my amazing family. I'm extremely blessed to have 3 beautiful boys, including a set of identical twins, Keegan and Kaysen. Three days after our twins turned 1, we were blessed with Karston and we wouldn't change a thing! My wife Bailey is truly a Godsent, she does so much for me and the boys it is remarkable; we are extremely lucky to have her in our lives. We also enjoy taking our car out to shows and car meets all around the south and maybe the occasional race or two. 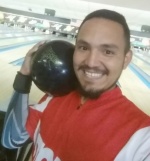 Being only 30 years old bowling has been part of my life for 27 years. I remember my mom taking me to Sat. morning bowling to bowl YABA. Being from a very small town and a center with only 16 lanes participation was always an issue, ever since I can remember. The thrive for the sport has never left me and still to this day as I get older, it only gets stronger. When I am not at the lanes, you can probably catch me at the golf course working on my golf game. I also work in the IT field where I graduated with my Bachelors Degree in Computer Science in May 2009.